The Results of the First 90 Days of Marketing Experiments In the first post on this blog, I shared a plan to test 3 marketing tactics over the following 3 months — as the first step in my goal of growing this blog to $1M.

Those months have passed, and in this post I’ll show you the results in detail.

I’ll also share my plan for growing this blog over the next 90 days.

Okay, let’s get into it.

This marketing strategy consists of finding a topic that isn’t perfectly covered by any single resource online yet, and doing your best to create (and promote) that perfect resource.

The point is to make the single best piece of content on that topic — something 10x better than the other resources out there — and get it to rank #1 on Google for the keywords around it. These pieces of content are usually super long and in-depth, and they take a long time to put together.

In the first 90 days of GrowthBadger, I published 3 of these articles:

Blog Names: How to Name a Blog (or Startup) in 4 Steps

Remarketing: the Ultimate Guide for 2019

Of all the marketing tactics I tested, I definitely put the most time into this one. The fastest article took me “only” 32 hours to write.

But the difficulty is a big part of what makes this strategy effective. In marketing, the easy stuff may work well at first, but it gets much less effective over time as everyone starts to do the same thing.

Of those 3 articles I published, the Blog Names guide has been the most popular by far.

Over 73% of all the traffic to this site has been to that post.

The other two articles have each attracted under 100 visits, as you can see: The Blog Names guide was the first one I published, and also the one I promoted the most aggressively. And it’s the best-looking post on this site.

So it make sense that it’s gotten the most traffic so far.

Let’s take a closer look at that post, and then we’ll cover the the other two.

Where’s the traffic coming from?

The vast majority of the traffic to the Blog Names post has come from just two sources: reddit and GrowthHackers (a marketing community site). (Notice that most of those visitors came in two big spikes that died off pretty quickly. I’ve found that that’s how it usually goes with traffic from social media and community sites.)

Let’s talk about what I did to get that traffic.

There were 3 main things I did with reddit that helped drive traffic from it.

First, I chose to post it in multiple subreddits, and I tailored the title and body of the post each time to help it connect with the specific audience of each one. For the most part, I only did it in subreddits that I understood well because of being an active member of them. Second, I used the free web app Later for reddit to find out the best times to post in each of those subreddits. Third, I responded to almost every comment. reddit’s algorithms seem to increase the visibility of posts with a lot of comments, plus responding to people helps make them more engaged, more likely to become subscribers and also more likely to give you helpful feedback. It also helps show that you’re not just some random spammer to anyone who’s looking at the comments before deciding whether to check out the article. Those techniques helped make my post #1 on two or three of the subreddits for a little while. If you have friends on reddit, another important thing you can do is ask them to upvote your post. Getting a little early traction can make all the difference.

GrowthHackers has brought in 240 pageviews and 3 email subscribers.

When I shared it on GrowthHackers, I basically did the same things as on reddit aside from using a tool to help choose the right time and day (I don’t think there is a tool for that).

But asking a couple people I knew to upvote my post helped get it some early traction, and a few days later it ended up trending in one of its categories. Other traffic sources for the Blog Names article

Aside from reddit and GrowthHackers, most of the traffic to the Blog Names post has been pretty organic.

It’s gotten 80 shares on Twitter so far, and it’s continuing to get one or two more each day. The funny thing is, according to Google Analytics the blog post has only ever gotten 62 actual pageviews from Twitter. That’s translated to 1 email subscriber so far.

Tom at Kinsta also liked the article enough to share it in their newsletter, which brought in another 105 pageviews and 1 email subscriber.

Someone shared it on zest.is which brought in 55 pageviews but 0 email subscribers.

And I shared it myself on Indie Hackers, for another 43 pageviews and 1 email subscriber.

How about those other 2 Skyscraper Technique articles?

The Remarketing article was actually originally published on the blog of my marketing agency, Blue Mint Marketing, earlier this year. As its Google rankings have improved for remarketing-type keywords, it has brought that site thousands of organic search visits.

Naturally, I decided to steal it for GrowthBadger. (Don’t worry, my agency co-founder agreed.)

I posted it here and set up a rel=”canonical” tag pointing from the original version to the GrowthBadger version. That tag tells Google to give full credit to the version on this site.

In theory, this means the GrowthBadger version should be getting all that juicy search traffic. But in reality, there’s a technical snag with the way the other site is coded that seems to be preventing that transition from happening.

Once I get that fixed, the Remarketing post should become a valuable source of traffic for this site.

Next, the Blog Statistics article is basically just a big list of recent, important blogging statistics and trends.

So it’s not a definitive how-to guide like the other two articles, which means it’s less likely to be useful to the majority of this blog’s readers, and it’s also less likely to get a lot of action on social media.

So why write it?

Backlinks are the single most important SEO factor, so it’s super important to have resources on your site that attract them.

The point of this Blog Statistics article is to be a source for other sites to link to when they need a quick statistic to support an argument in their articles. And to help it get found by those writers and editors, I’m going to use some highly targeted advertising.

Will report back later on how that’s going.

So what’s the verdict for the Skyscraper Technique?

As you saw, so far the results of the three Skyscraper Technique articles have been very mixed.

That’s fine, because my goal is to rely on these posts for longer-term traffic from organic search and not just short-term spikes from social media.

But for a new site like this one, SEO just takes a long time to shift into high gear.

So I plan to keep using this tactic, expecting the articles to bring in more and more search traffic over time as they start to rank on Google.

That brings me to the next marketing strategy I tested…

It’s a lot of work, but in return you can get:

Guest-posting was the first thing I did to promote this site.

I wrote an article for Single Grain, a digital marketing agency that has a pretty strong marketing blog.

But I made the mistake of focusing the article too strongly on my existing expertise — Google Ads and SEO. I should have made the article more relevant to GrowthBadger and written about a specific marketing experiment, or how to start and grow a new site, or something along those lines.

That post has only brought me a couple dozen site visits, but I did get 2 early email subscribers from it, as well as a backlink.

So what’s the verdict for guest posting?

To take a serious run at guest posting, I would need to write a lot more articles. Dozens or even hundreds of them.

I’m sure it would be effective to some degree if I did that. But that doesn’t mean it’s the best use of my time right now, or the fastest way to grow this blog.

So I’m going to put guest posting on hold for now, though I may give it another shot in the future.

I didn’t end up running any giveaways in the first 90 days of this blog because I was too focused on the blog posts using the Skyscraper Technique. Womp womp.

But I will test giveaways in the future. I promise.

So what’s the verdict for giveaways?

4.) Overall results and numbers so far Here are GrowthBadger’s top sources of traffic so far, according to Google Analytics:

As I mentioned, most of those visits were to just one blog post, and most of them came in short-lived spikes from social media.

My goal in the future is to grow a more steady flow of traffic, with a lot more of it coming from SEO.

Here are GrowthBadger’s top sources of subscribers so far:

Most site visitors will never come back.

But if someone subscribes, that means they’re interested enough to see more content, possibly help spread the word, and maybe buy something in the future.

So getting email subscribers is much more important than just getting visitors. As a ballpark estimate, I expect I’ll be able to generate about $1 per month per subscriber once I monetize.

I’ve also gotten at least 2 backlinks from subscribers so far (shoutout to Tom and Dainis! 😄).

I haven’t monetized this blog yet, so naturally there’s been $0 revenue so far.

I don’t plan to have it start producing revenue until mid-2019 or so, give or take.

As I said, in the future I want this blog to get a lot of its traffic from organic search.

So since backlinks are so important for SEO purposes, one of the success metrics of this blog is going to be how many backlinks it gets. 24 is a start.

Getting a ton of low-quality backlinks won’t help anyone. More important than the simple number of backlinks is how strong they are.

Ahrefs Rank (from the Ahrefs SEO tool) is designed to show how powerful the full set of backlinks to a given site is. Lower is better for this number, so at over 41 million I have a long ways to go.

As this number improves, GrowthBadger will start to rank better for different keywords on Google and get more organic search traffic as a result.

Over the next 3 months I will test:

Subscribe to the GrowthBadger email list and you’ll be the first to know how all these experiments go.

UPDATE: As of December 2019, I have stopped publishing 90-day updates like these publicly, and I’ve removed all but this one from the blog. But I am still sharing growth details with my subscribers. If you’d like to see them, take 5 seconds to subscribe to my email list right here.

What do you think?

Have you tried any of these marketing techniques before?

Let me know in the comments below!

"Kyle knows his stuff. Content marketing is a crowded space, but he's one of the few people in it worth paying attention to. And if you ever have a chance to work with him, do it." 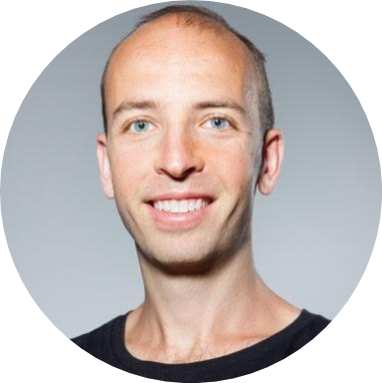 How to Name Your Blog, Product or Startup in 4 Steps